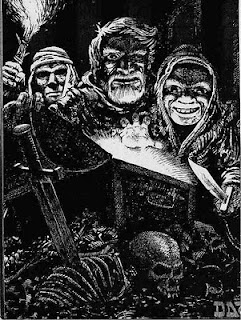 The above picture by Dave Trampier is one of the iconic images of Advanced D&D, along with many others of Trampier's illustrations. Without question, Dave Trampier's art was the defining imagery of fantasy gaming for me, and for many others. The dark shadows, gleaming gold, and rugged-looking adventurers in this picture come together to form an intensely powerful piece of art.

And then, marching bravely into the landscape ... 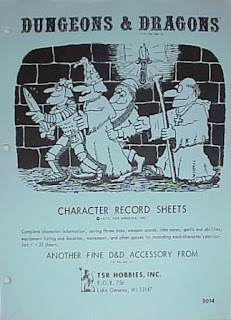 These two groups of adventurers represent two entirely different ways, I think, to perceive the game. On the one hand, Trampier's image is a brilliant portrayal of what happens INSIDE the fantasy world, seen from its own eyes.

On the other hand, Tom Wham's picture is an adventuring party seen from the outside, from the perspective of the gamer looking in. Because let's face it, most of our gaming sessions have plenty of Tom-Wham-adventurer moments in them. Quoting Monty Python? That's the Tom Wham guys. Dancing around the table when your roll for dexterity comes up triple 6's? That's the Tom Wham guys.

It's like the optical illusion of the vase and faces: 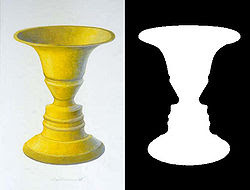 So remember, when you are looking at Dave Trampier's art, Tom Wham's art is looking at you.
Posted by Matt Finch at 6:30 PM