The Concept of a Basic Game Part 1 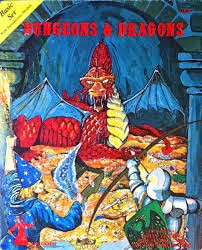 Dungeons & Dragons has used the concept of a "Basic" version since fairly early in the game's history. With the game first being published in 1974, the Holmes Basic set came out in 1978, four years later. Together with an expanded Monster Manual, the Basic Set ("Holmes Basic," or the "Blue Book") was an integral part of the marketing plan for the first radical step in rules revisions that TSR was to make: the new "Advanced" D&D. The Holmes Basic set gave players (and DMs) a full and robust set of rules for playing their characters up to third level but no further.Oddly, it contained several monsters far too difficult for characters of low level. For me, that was like heroin. I had to get the expanded, Advanced game so I could fight purple worms and dragons. From the standpoint of marketing, it was brilliant.

The fact that it only went to third level was absolutely fine to us at the time. It certainly meant that we wanted AD&D, but we saw AD&D almost as an expansion rather than something that would cure the "crippleware" of a Basic set that only went to third level. In other words, I don't think it was crippleware; it wouldn't be now, and it most certainly wasn't at that time in history before the internet made us expect everything for free.

Interestingly, Holmes Basic had LOTS of rules that were completely different from AD&D. Those rules have actually been duplicated and used to created an entire game based on Holmes that reached beyond third level. However, these differences were pretty much disregarded at the time, at least by everyone I knew, as the parts that made the game "Basic." For all I know, that might have been what TSR intended. It's interesting, though, because I think the internet would die of nerdrage if WotC's free (FREE!) Basic Game turned out to have such differences as the Holmes Set did to AD&D.

I don't mean to be delivering one of those "uphill in the snow and we LIKED it" tirades -- I'm trying to point out a couple of areas where the lack of instantaneous communication probably affected the relationship between a Basic Game and an Advanced Game in a big way.

Wizards of the Coast is releasing a Basic Game into the piranha tank of the internet age, and I'm going to take a look at some of the parameters of the game, talking about the entire theory of a Basic Game (and a couple of historical comments about TSR, although I'm very much only a dilettante of D&D's history). For the time being, here is the page with WotC's parameters for the 5th edition Basic Game. 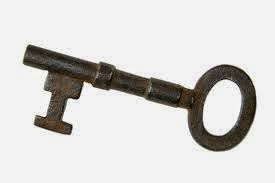 One way of generating interesting treasures, especially when it's a powerful monster, is to think about what's important to the monster. What kinds of things might a dragon really need? If the answer is that, hey, maybe this one needed a laxative recently ... pity the adventurer who misuses that barrel of pink potion in the lair. How do guy dragons make themselves attractive to the scaly sirens at the saurian singles bars? Is there a bucket of scale-shinola in the lair's hidden compartment? Maybe that stuff actually strengthens metal armor (or leather armor) for short periods of time.

And do dragons have pets? A pet and some pet supplies would be interesting stuff to find in the dragon's lair. Watch the characters take really, really good care of that cockatiel until they can figure out what it "does." Negotiating with a dragon that wants 40 pounds of mixed seeds?

The most recent bit I wrote this morning was about a monster that eats brains. In the treasure hoard? A long-handled gold spoon...
Posted by Matt Finch at 1:40 PM 4 comments:

Sometimes You have to Lower the Bar to Improve Things

Sitting here with a cup of coffee, typing away at Chapter 7 of my Cyclopean Deeps "Under Realms" mini-campaign, my thoughts drifted over to the problems I've been having with this blog. I think I just figured something out.

Really, the hardest part of keeping a running blog isn't the writing, it's thinking up the interesting topics. If you come up with something interesting but you don't really cover the ground very well, or perhaps you miss your own point, that's okay: someone else is likely to pick up the topic, handle it better, and link back to your blog. Even Homer had some places in the Iliad and the Odyssey that didn't really measure up. It's not a catastrophe.

What I've been doing, subconsciously, is rejecting the topics that are of medium interest. If I didn't have some sort of Big Idea, I didn't write at all. That's not what people read blogs for (although the occasional Big Idea increases visitor numbers, especially if it's controversial).

I need to focus on the fact that it's okay to have blog posts that are chatty rather than profound, that can even be stupid sometimes. The willingness to stumble out with a half-baked idea isn't an insult to the readers (provided that it's only occasional) -- it's a sign that you respect the readers enough to post something where they have to connect a few of their own dots. Every so often, a half-baked idea can lead to several awesome ones.
Posted by Matt Finch at 9:48 AM 4 comments:

Duck with some Blog on the Side

This particular post is time-limited, since it's about a sale going on. Purple Duck Games has a Swords & Wizardry module that's on sale at the moment. It's called the Monastery of Inexorable Truth. I haven't read it myself, but it has a five star review from a staff reviewer. For $2.67, it's worth taking a look at a well-reviewed product.

Why haven't I read it? Good question. It's because I very seldom read anything written by someone else. I'm worried that it would be too easy for me to assimilate a visual picture, or a neat idea, and then duplicate it later without realizing that it was a memory rather than an idea. It doesn't say anything bad about the Monastery of Inexorable Truth.

Purple Duck also carries a large inventory of DCC and at least one Pathfinder resource that I could see, so if you play other fantasy RPGs you might find something to your tastes.

Okay, that was the duck. The title also mentions a side order of blog, and blogging is something I haven't really been doing enough of ... at least, not here. At the Frog God Games website we've kicked off an initiative to have a daily blog going, and I'm part of that effort. If I write a good post on a general topic, I'll cross-post it to here, but I'll probably also be putting up a couple of chatty little blog posts that are really specific to fans of Frog God Games, and I won't bother to reproduce them here. Therefore, if you're a fan of Frog God Games, head over to the blog page there and take a look. It isn't just me blogging there: Bill Webb, Skeeter Green, and others will be putting up their ideas and experiences about gaming and Frog-Godliness.

A Minor Observation on Adventure Design

At North Texas RPGCon this year, one of the things I did was a first playtesting run for Cyclopean Deeps Chapter 9: Hidden Worlds of Jupiter Kwan. This particular bit of the Cyclopean Deeps has been an open question for a long time with me. It is a very complex map with lots of possible locations (at least 300, I'd estimate) and multiple possibilities for several things in each of the areas.

When you're approaching an adventure that contains locations with multiple nested possibilities, there are basically three ways to do it. You can key all the locations, you can create tables to generate the various internal possibilities on the fly, or you can pre-generate a huge number of locations using those tables.


Option 1 (Key ALL the rooms!) had to be discarded immediately, if for no other reason that when you've got 300 keyed locations, your map looks like it's nothing but numbers. You can barely tell which numbers go with which location.


Option 2 (Multiple Tables) was what I playtested. Each time the adventurers entered an area, I rolled on the several tables required to generate the area. I immediately discovered that it wasn't going to work. There was way too much page-flipping and fast reading going on as I tried to assemble a description of what the characters could see. So, I am now in the process of creating a large number of pre-generated locations. There is still some die-rolling required, but this will cut it in half and minimize the need to flip pages around.


Normally I consider pre-generated locations to be the worst of both worlds: by numbering everything you can get well-crafted descriptions that are highly unique, and by creating a full set of tables you can get an even larger number of descriptions, although they will of necessity be a bit less well-crafted than if they were all written out straight.

What are the Characteristics of an Adventure that Works Best with Pre-generated Random Locations?
However, Chapter 9 of Cyclopean Deeps has a particular set of characteristics that happen to work best with pre-generated locations: the movement is fast from place to place (in real time), the areas involve several different possible components, and there are many of these locations.
Posted by Matt Finch at 1:57 PM 9 comments: 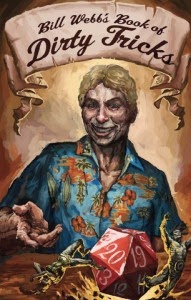 Part of this is just to let people know about a good review that Bill got for his Book of Dirty Tricks (for the evil DM). Bill occasionally gets a bit more Grimtoothy than I am, but even when you disagree with something in it, it's a rockin' read.

As I mentioned, it reminds me a little bit of Grimtooth's Traps, that sort of over-the-top glee with fantastical death and danger. I love Grimtooth's Traps ...
Posted by Matt Finch at 12:22 PM 1 comment: