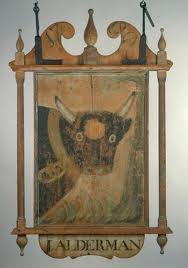 I'm nowhere near the finish of reading the over-a-hundred blog postings for Swords & Wizardry Appreciation Day, but since many people will likely be checking in here for updates, I thought I'd provide a couple of signposts to some absolutely astounding posts that I have already seen in my journey through the day. Note: now that I have finished writing, the number of signposts is officially three.

The so-called "Snippet" over at Battleaxes & Beasties is essentially an entire adventure, including an incredible map and some great sketches that are on the parchment (the text of the parchment is a guide through the adventure). This is a long post, and very worthwhile read for those who like to see an adventure unfolded for the reader instead of presented as an outline for running it.

Two fantasy races, the canein and the faun, at Basic Fantasy. These rock, particularly because they have great illustrations. The thrust of both posts at Basic Fantasy is that Swords & Wizardry and Basic Fantasy are essentially 100% compatible with each other, both being versions of Classic D&D. I think it's worth emphasizing that point today, because many, many of the blogs involved in Swords & Wizardry Appreciation day aren't about Swords & Wizardry day in, day out, they are about modern old-style gaming in general, or even about other old-school rulesets. Which means that having 130+ blogs participating in one day, all linked to each other, multiplies the effect of ALL the old school games together. The leverage of compatibility is tremendous. Indeed, I'm probably going to blog on this in greater depth at some point -- feel free to weigh in on compatibility as a topic, or mention it at the Google+ site.

Finally, for this post at least, Erik Jensen of Wampus Country used today to provide an index of several TABLES! Awesome stuff like a multi-column d100 table for generating swords, which is the specific one for today. There are many more -- this post is a power nexus for neat table resources. Erik, you're always welcome at the Swords & Wizardry Google site -- don't be a stranger -- this is an official invitation and stuff!