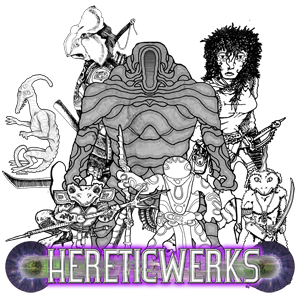 Hereticwerks has written up an entire adventure with an excellent map, rumors, encounter table, and ring-tailed kobolds. Ring-tailed kobolds? You instantly have my attention, Hereticwerks, even if you choose to be coy and give me no further details about these obviously pernicious creatures. How do they interact with the red-snouted kobolds? This is like the magic of Judges Guild, where a brief sentence can explode into a panoply of ideas in the space of a mere moment.

Back to the campaign idea that seems to be percolating in the collective imagination of the SWAD Legion:
In the world of Puritans vs. the Old Ones, we can hand another weapon to both sides. Cameron DuBeers offers up an entire PSIONICS system. Overall, I think this looks bad for the pilgrims in their isolated villages.

A word about Cameron: the guy is official pure-mithral OD&D. He knows the OD&D books inside out, he has contributed to Swords & Wizardry, Delving Deeper, and is now writing material for straight-up OD&D, I think. And he's a good guy; I've met him in person at -- where else? -- the Hobbit Cafe in Houston. Anything he says is worth listening to. 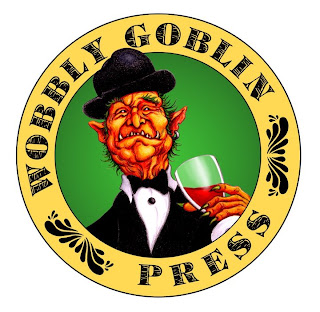