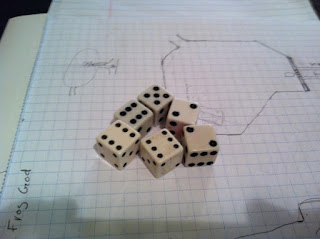 On Sunday, we did the first playtest on the module I'm pulling to completion, Throne of the Toad-King. One thing that was definitely demonstrated ... an area where tactical combat was designed to create an interesting situation.

The title of the above picture is "Russell fireballs the party."

Russell's explanation: "Most of them were mostly dead anyway."

Russell's return from the dungeon, rowed in a boat by 5 rescued prisoners: 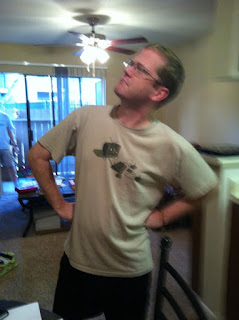 Any adventure in which only the magic-user returns alive from playtesting is a good adventure!

Note: Where it says "Frog God" on the map, that should be "Halls of the Toad King." Russ heard me wrong when I told them the title of the adventure. I don't have a postable picture of the entire crew at playtest, because everyone is flipping off the camera.
Posted by Matt Finch at 7:57 AM